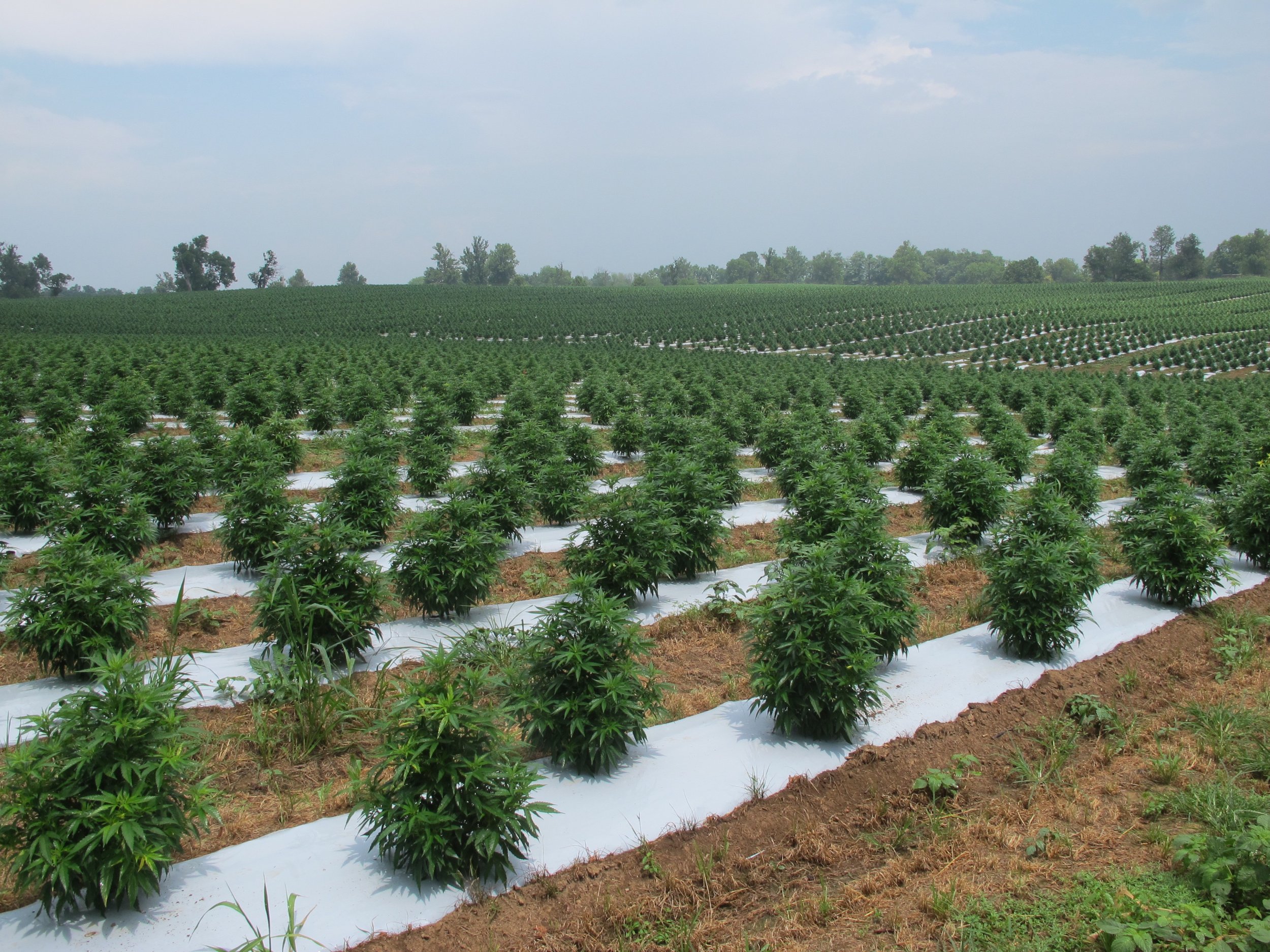 But did you know Kentucky is also one of the country’s leading producers of hemp?

It’s true. In fact, the bluegrass state has played an important role in America’s hemp development since the nation’s founding. That’s partly why we source all our products from a Kentucky farm right along the Appalachian mountains.

Did you know Kentucky is one of the country’s leading producers of hemp?

America’s history with hemp, and Kentucky’s role within the story, is a fascinating tale full of triumphs, trials, and resurgence. The crop actually predates the country itself. We have records of pioneers growing hemp in the earliest settlements of what was then called the “new world.” Some of these settlements would eventually become the state of Kentucky.

We love getting to contribute to such a long lasting legacy. In honor of our farmers in Kentucky, today we take a look back through American history to highlight the state’s unique role in developing and saving the hemp industry in America.

Hemp has always been a staple of American agriculture. In the mid 17th century, in fact, the Virginia Assembly made it mandatory for every farmer to grow and sow hemp seeds, and it didn’t take long for the surrounding areas to catch on. 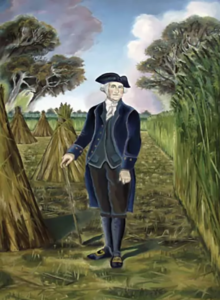 By the time of the American revolution, hemp became one of the country’s most widely grown crops. Even Presidents Washington and Jefferson grew hemp on their plantations.

It’s important to address that we’re not talking about growing weed. Washington and Jefferson (or anyone else for that matter) weren’t lighting up and listening to Cat Stevens back then. People used hemp primarily to make ropes and coarse cloth.

Some farmers grew it to use for themselves, and others saw it as a cash crop. It never brought in the same kind of income as cotton or tobacco would, but farmers would still yield profits from hemp, especially in the first half of the 19th century when congress ordered the US Navy to order their hemp from domestic farmers, as opposed to the country’s strongest hemp competitor, Russia. As you can imagine, that increased orders quite a bit.

As needs for hemp grew, so too did Kentucky’s role as a producer. Despite its landlocked location, the state became the largest American producer of hemp in the 19th and 20th centuries. When settlers began moving west to explore the inner parts of the country, Kentuckian hemp farmers saw an opportunity to reduce their reliance on foreign trade. They began selling locally and to those passing through in search of the new frontier.

Hemp was one of the most widely grown crops in colonial America. Even Jefferson and Washington grew it.

You might remember from your high school history class that something very important happened in that decade: the American Civil War. Many American industries experienced new difficulties with the war, and hemp production got hit hard.

The Years of Trials: Civil War and through the 20th Century

What was it about the Civil War that brought such challenges to the hemp industry?

Well, as with most crops in the American south, hemp production in Kentucky and surrounding states relied heavily on slave labor. The intensive effort required for harvesting became harder and harder to sustain after the Civil War and into the 20th century when farmers could no longer exploit free labor.

Some crops, such as cotton, found hope in technological advancements that reduced the labor, but this was not the case for hemp. One historian remarked that “hemp growing in 1935 was no less laborious than it had been in 1835.” The difficulties of harvesting made it challenging to hire help, too, causing the industry to become under-resourced and lack the human capital necessary to sustain the production numbers of the past.

All this, however, was only the beginning of the end for hemp in the United States. Struggles with legislation came in the mid 20th century, as hemp became synonymous with marijuana and efforts to criminalize the latter affected the industry of the former.

The Marihuana Tax Act of 1937 brought strict regulations against any and all types of cannabis, and the Controlled Substance Act of 1970 classified hemp and all other varieties as a Schedule I drug, banning any type of hemp farming in the United States. It did not matter that there were great differences between these varieties of the cannabis plant. In the eyes of the law, they were all the same, and they all had to go.

The Recent Resurgence: How Kentuckians Saved the US Hemp Industry

Recently, the eyes of the law have started to see things a bit more clearly as they’ve been able to recognize the differences between hemp and marijuana.

Who has been at the forefront of these efforts? 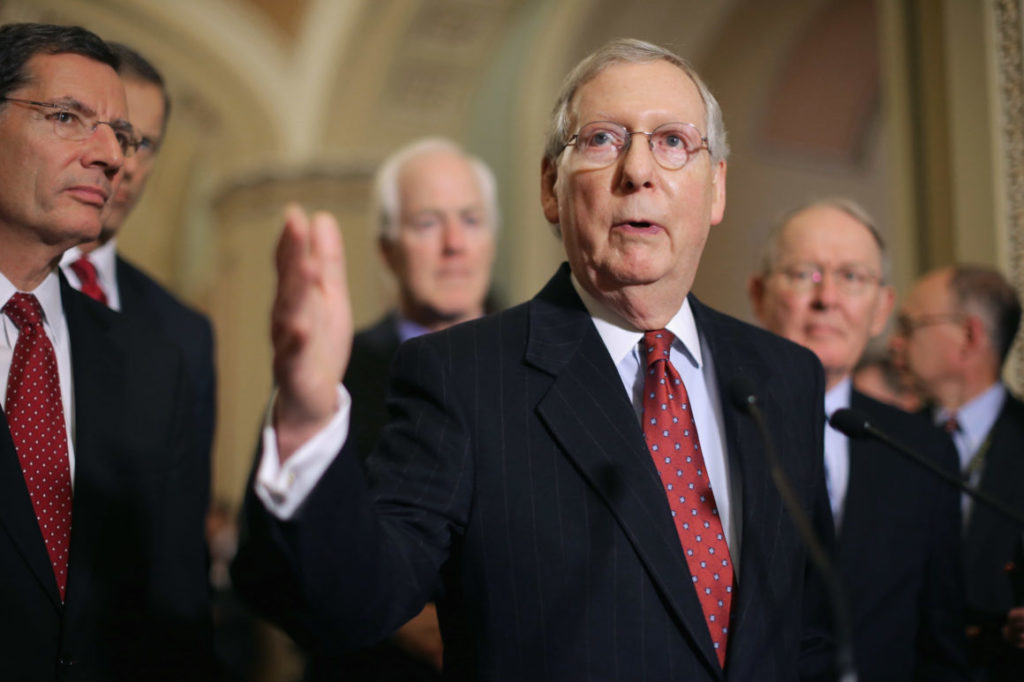 Kentucky Senator Rand Paul brought the hemp issue to his co-senator Mitch McConnell in 2011. The following year, James Comer, the former Kentucky Agriculture Commissioner and current congressman, declared that he would make industrial hemp his top priority for his next legislative session.

The efforts of these Kentuckians and others culminated in the 2014 Farm Bill, which created a pilot program for institutions of higher education and state agriculture departments to grow hemp if state laws allowed. Kentucky was among the first states to take advantage of this opportunity. Shortly after the bill was passed, the Kentucky Department of Agriculture founded the Industrial Hemp Research Program. The resurgence was starting to gain speed.

The momentum continued in 2018 when Senator McConnell secured the Hemp Farming Act, which removed hemp and other varieties with less than .3% THC from the controlled substance list. This Act was included in the 2018 Farm Bill, which President Trump signed into law on December 20, 2018.

The federal ban on hemp has ended and states can once again produce a crop that helped establish the country. Kentucky has been leading the charge of hemp production since then, and Revre is honored to carry on that tradition by sourcing exclusively from Kentucky farmers.

Hemp is now legal in Texas!
Can I Travel By Plane with CBD Oil?
Recent Posts
Categories
Back To Top
×
Search

Sign up to receive news and deals by email and get 15 percent off of your first Revre purchase.